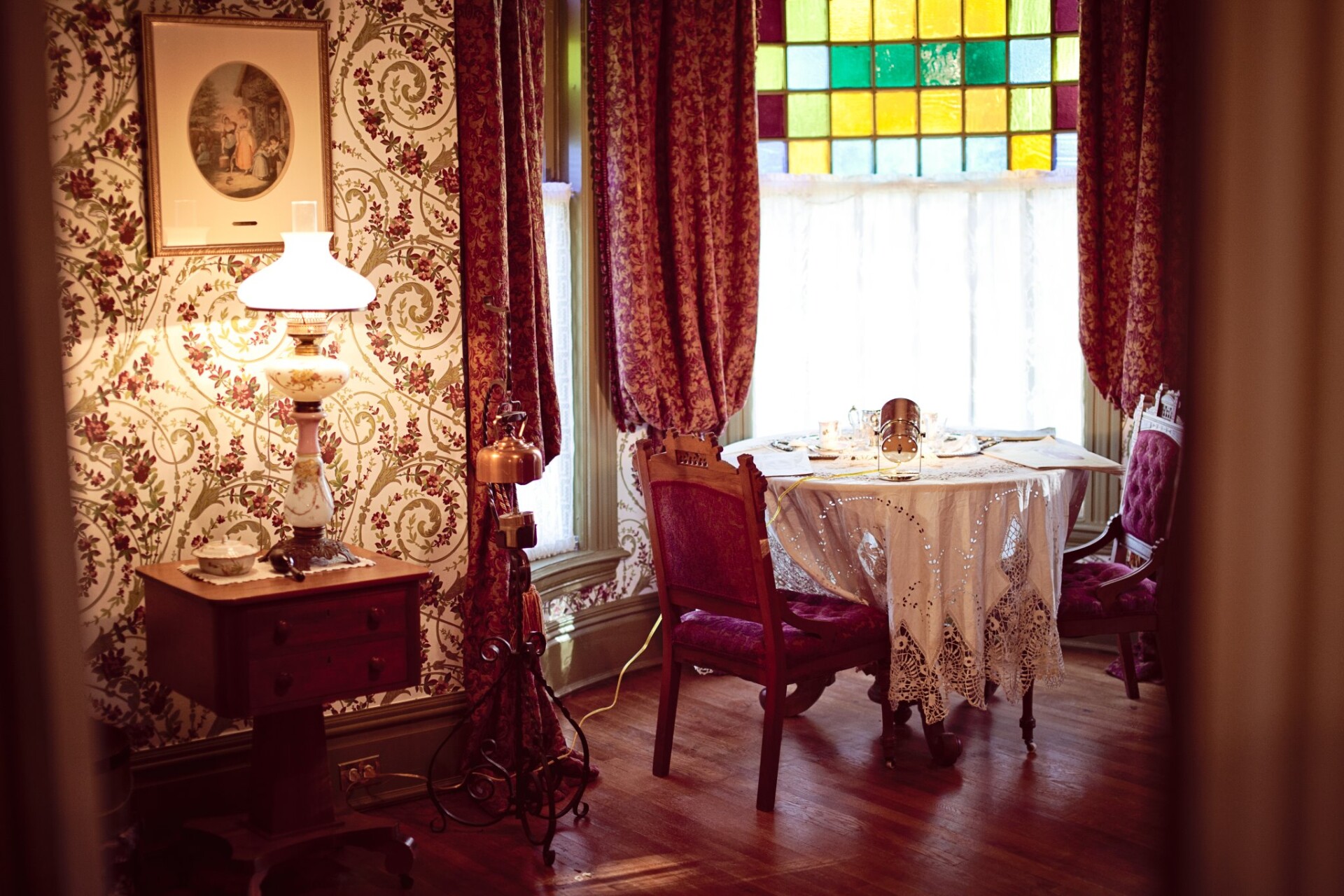 Hickory History Center: Free for individuals and groups less than 10 people, groups of 10 or more $8.00/person plus tax

Considered by the North Carolina Department of Archives and History to possess "the finest Queen Anne interior styling in the entire state,” the Harper House, at 310 N. Center Street, and the accompanying Bonniwell-Lyerly House in the Craftsman style, another of Hickory’s finest structures, are poised to serve the broad spectrum of Catawbans and visitors from near and far as the Harper House & Hickory History Center.

"Our parents and grandparents saw themselves as stewards of the property and spoke to us often about the unique history of the home. They taught us to appreciate the beauty of the architectural details, both interior and exterior, as well as the manner in which the house relates to the land. It was important to our parents that we have a choice in deciding the ultimate use and disposition of the property. As a family, we discussed our options at length. In the end, our family—from the youngest to the oldest—concluded that the property should be acquired by an organization which would be dedicated to the preservation of the house and property as a museum and cultural center for the benefit of the general public. With that objective in mind, we approached the Catawba County Historical Association." —Dinny Harper Addison, daughter of F. Gwyn Harper, Jr.

The Harper Family was the last of seven families to occupy the Harper House, as some locals still refer to it. Daniel Webster Shuler, originally from Michigan and who founded Hickory’s first bank, built the house in 1887. The Harper Family’s stay was by far the longest—from 1923, when Finley Gwyn Harper, Sr. (1880-1951), who operated Harper Motor Company, purchased it from Mrs. Minnie C. Taylor, to December 21, 2000, when Anne McPherson Harper Bernhardt, Lee Corinne Harper Vason, Mary Gwyn Harper Addison, and Betty Banks Harper Shelander—the daughters of Finley Gwyn Harper, Jr., and his wife Mary Banks McPherson Harper—generously arranged its acquisition by the HACC.

The Harpers’ long stay was also providential, for each of the three generations appreciated the house’s architectural significance, preserving the foyer’s carved, coffered ceiling and intricate stained-glass window; the parquet floors of the dining room and family parlor; the ornate brass-work of the heavy doorknobs, sashes, keyplates, and many sets of pocket doors; the piano-grade cherry of the staircase with two landings and the dining room’s carved wainscoting, as well as the numerous silhouettes of family friends on the walls of the attic, where Mr. and Mrs. Harper, Sr., entertained during Prohibition.

A momentous preservation project, with the Historical Association of Catawba County raising $2,000,000 for restorations, the Harper House welcomes visitors as a house museum, interpreting both Hickory history, through the numerous significant families who lived in the house, and Victorian life in the South, circa 1887, the date of the house’s construction. On the same lot, the Lyerly House, rescued and moved for preservation on June 24, 2004, is devoted to the further interpretation of Hickory’s rich past, serving as the Betty Allen Education Center and Margaret Huggins Gallery, as well as a conference facility. Exhibits include The Miracle of Hickory and The Three R's of Hyalyn: Relatable, Remarkable, Refined.

As the Betty Allen Education Center and Margaret Huggins Gallery, the Bonniwell-Lyerly House, in the Craftsman style, offers museum exhibits on Hickory’s rich history, as well as conference space. Josephine Hambrick and her brother Robert T. Hambrick, fulfilling their mother Josephine Lyerly Hambrick’s wish that the structure be saved, graciously arranged for its preservation, and on June 24, 2004, the HACC moved the structure from its original site, two lots away, beside Frye Hospital, to the Harper House lot.

Harmoniously incorporating Tudor Revival motifs, the Lyerlys remodeled the house in the 1930s. The exterior’s overhanging eaves and exposed rafters, indicative of the Craftsman style, are complemented by the half-timbered and stuccoed Tudor Revival gables. Both styles are found in the interior, as well, Tudor Revival most succinctly declared in the bracketed mantel and coffered ashlar of the living room fireplace. The interior’s Craftsman heritage reveals wrought iron and stained-glass light fixtures with a hammered finish; weighty hardware; built-in cabinetry, including a desk, bookcases, a sideboard, and a dining room inglenook; and a closed string stair whose balusters, forming a screen, extend from floor to ceiling. The living room’s boxed beams add to the many distinguished elements.

Today, you will find the Shops at Lyerly in one of the main floor rooms. The unique bookstore and gift boutique is filled with items representative of the Victorian era of the Harper House and many publications by local authors. After touring the grounds, feel free to browse and know that each purchase supports the preservation of this beautiful historic site. 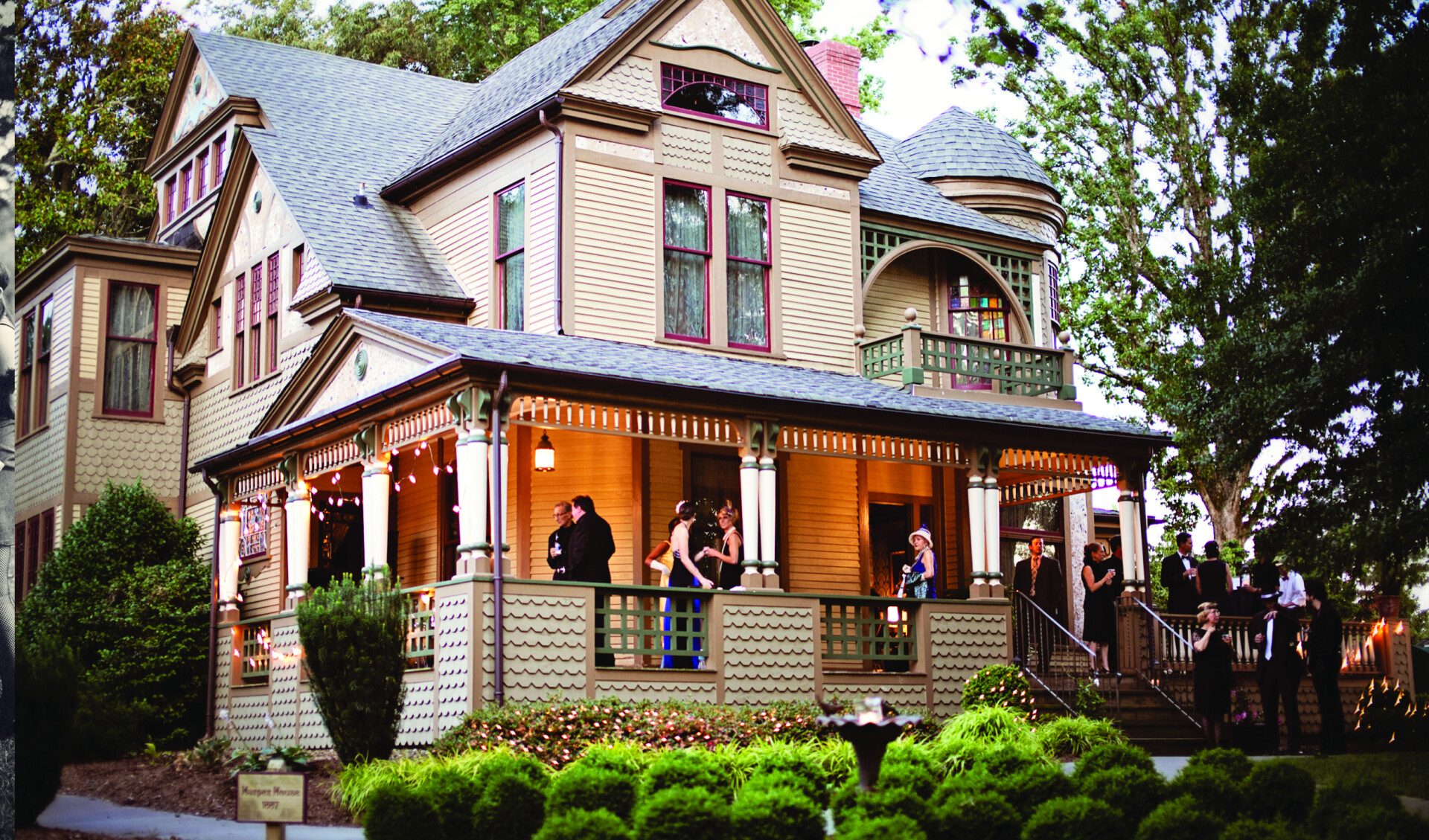 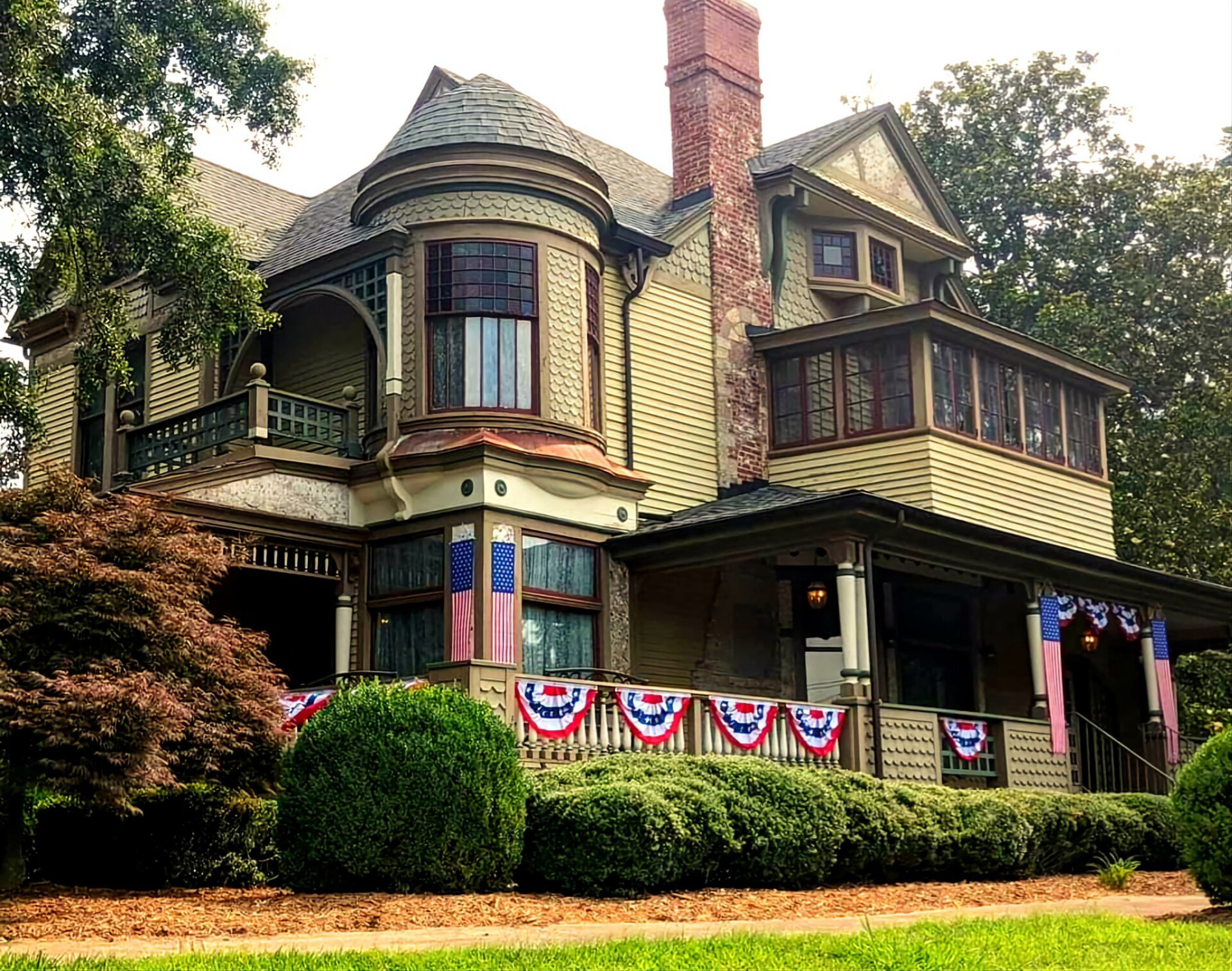